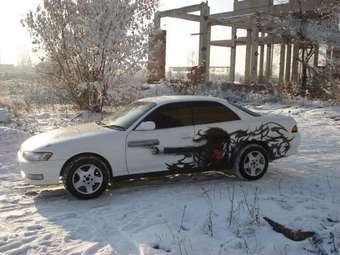 Toyota Mark II Problems
English Manual
2001, I would like to request user manual in
english version. My car is in Japanese and I
cann...
Gear shifting delay and high revving than shifts
2005, When i step on the gas it high revs than
shifts and suddenly settles. Delay in shifting...
Squealing noise by rear brake
2001, My car's rear right side brakes
won't stop squealing after my mechanic
changed...