Hyundai enters the SUV market with the 2001 Santa Fe. All models, except the Base 2WD, come equipped with 4-wheel disc brakes, a 2.7L 6-cylinder engine and a 4-speed Shiftronic automatic transmission. 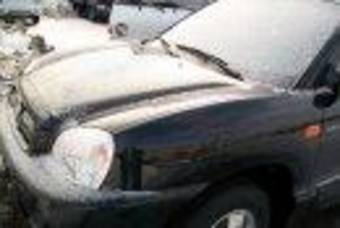 Santa FE Troubleshooting
The ABS and Stability warning lights came and s...
2011, The ABS and Traction Stability warning
lights came and stayed on. Is this something I
s...
Smoking,and slow speed
2004, Thick smoke coming out of exhaust, speed
dropped to 40. that IS WHAT I CAN DESCRIBE FOR...
Hyundai SantaFe 2002 diesel engine
2002, A 2002 diesel engine HyundaiSantaFe
always display check engine and stop . When
restart...