Toyota Corolla Specs The Corolla is offered as a 4 door sedan with a 1.8-liter/120-horsepower inline-four with a manual transmission. 3 and 4-speed automatics are available as is ABS. 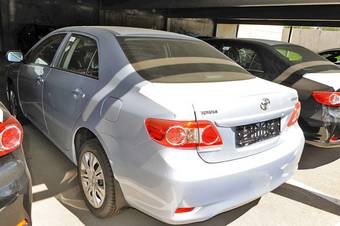 Corolla Troubleshooting
High fuel consupition
2000, my car is taking more fuel .im using
8litresfor almost 38km.i did minor serves for
sever...
Wont start
2002, I have recently replaced the battery. I
have put in a new starter BUT the car still
will...
Won't start
1994, It ran fine since I got the car. It
suddenly died. For a day I coul start it back
up and...