Suzuki Swift Specs The Swift is offered as a 3 door coupe with a 1.3-liter/79-hp 4 cylinder engine and choice of a 5-speed manual or automatic transmission. 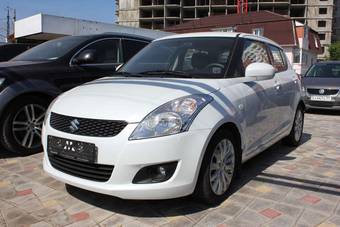 Swift Troubleshooting
Suzuki Swift LA-HT51S
2001, This problem existed from day 1 of
arrival of car. It was imported from Japan. It
starts...
CLUTCES ARE A PROBLEM TO GET
2000, CLUTCHES ARE APROBLEM TO GET FOR THIS
SMART CAR.WHERE DO I GET THEM. GENERALLY THE
CAR ...
Excessive fuel consumption
2000, first time the got problem in speeding
once you press acceleletor does not speed up
and ...