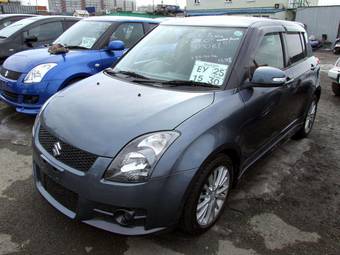 Suzuki Swift Problems
After driving my car for any distance and I par...
2008, Large puddle appears under my drivers
side front tire and under car after it is
parked. ...
CLUTCHES
2021, I DONT KNOW WHERE TO FIND CLUTCHES. THE
CAR STARTS WELL BUT PICKUP IS VERY SLOW IN GEAR
...
Suzuki Swift LA-HT51S
2001, This problem existed from day 1 of
arrival of car. It was imported from Japan. It
starts...

The Swift is offered as a 3 door coupe with a 1.3-liter/79-hp 4 cylinder engine and choice of a 5-speed manual or automatic transmission.