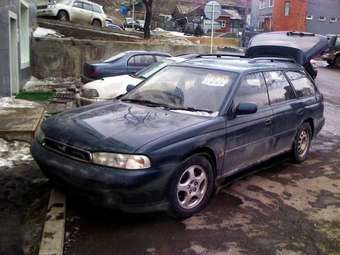 
The Legacy is offered as a four-door sedan or four-door wagon with a 2.2-liter or 2.5-liter 4 cylinder engines. Manual and automatic transmissions available. ABS is optional.