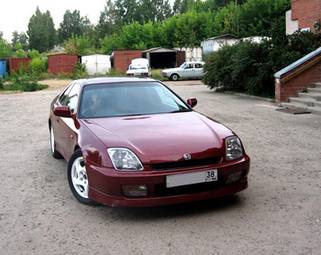 The Prelude is produced with a 2.2-liter, 195-horsepower inline-four mated with your choice of a 4-speed automatic or a 5-speed manual transmission. ABS is standard.