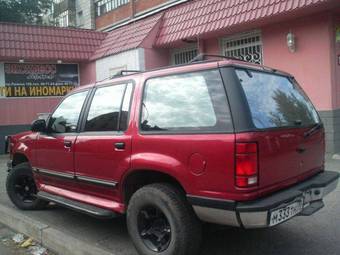 Ford Explorer Problems
Scratchy windy noise in engine dept &dripps...
1994, #1. a horrible noise by altanator area
like scratchy noise and widy noise getting
worse....
Automatic gearbox
1994, I have the Transmission oil that going in
passes through the engine, although when I the...
Timing
1997, I want to know if any marks to guide me
for timing I want to know the nr one
cylinder ...

The Explorer Sport Trac is equipped with a 205 horsepower V6 engine and a 5 speed automatic transmission. A 5 speed manual transmission will be available in fall of 2000. To enhance the truck bed, the option hard tonneau cover and cargo cage are available.