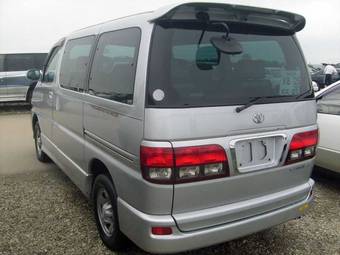 Toyota Touring Hiace Problems
Hard start
1998, took car for general service after having
problem with hard start & lots of smoke .c...
Body parts spares
1999, Got an accident and needs 2 front
doors,rear and front wind screens,side wind
screens,si...
Idles to fast
2001, My van idles too fast. How do I access
the other side of the carburetor? Is there an
e...