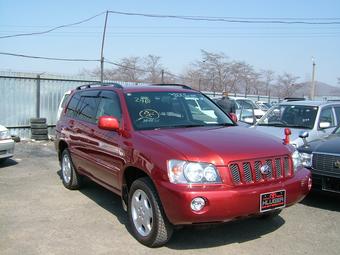 Toyota Kluger V Problems
Steering,electronic controls,hood cover
2001, Hello...handling my 3.0v muscle is great
including terrain operation drives....but 1..o...
Screen language in english
2005, the language is in Japanese. i need it in
english.i can not operate the radio and the TV...
Radio display
2001, The radio display is nearly invisible It
was fine and suddenly hardly see something fro...