Toyota Celica Specs The Celica is powered by a 1.8 liter DOHC 4 cylinder with 140hp (GT-S model with 180hp). Standard features include 15 inch wheels/tires and 5 or 6 speed manual transmission. Options include ABS and 4 speed automatic transmission. 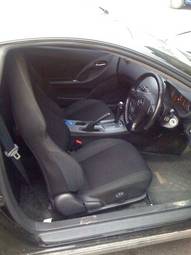 Celica Troubleshooting
Battery cables reversed...what relay fried?
1992, I'm an idiot. I put in a new battery
but reversed the positive/negative wires for a...
Wont shift in to 2,4,or reverse
1991, wont shift in to 2, 4 or reverse
sometimes i have no problem shifting in to 1,
3, or 5th...
High fuel intake ,fuel gauge not working
2007, high fuel intake , petrol gauge at the
tank does not read properly it gives wrong
readin...