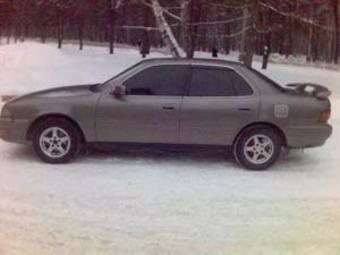 Toyota Camry Problems
Child lock
2000, Child lock on both rear doors won’t
disengage. How can I rectify this problem with...
Starter won't start
2006, the battery is still good and fully
charged, starter is getting power, however, it
will ...
After put the timer belt on
1994, I put a new timer belt on crank it run,
but it smoke like it burner the fuel off. It
was...


The Camry is offered as a four-door sedan with a 2.2-liter four-cylinder and 3.0-liter V-6. ABS is optional as is a manual or automatic transmission.