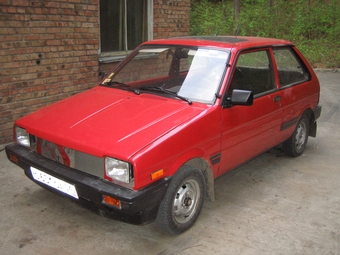 Subaru Justy Problems
Runs no longer than five minutes
1988, car starts fine butruns no more than 5
minutes. will not restart for hours and then
only...

The Justy is powered by a 3 cylinder 73 hp, engine with a 5 speed manual transmission.