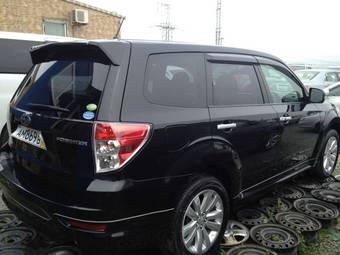 Subaru Forester Problems
Language
2004, Change language on Navigation screen from
Japanese to English, How to save music into Ca...
Front and rear socks
1997, I am failing to get new shocks to
replace the damaged ones. My Subaru Fores...
Speedodometer
1998, trying to get test procedure for speed
sensor spewedodometer not working what more is
th...

The Forester comes with a 2.5-liter SOHC 16-valve flat-4 with 165 hp and your choice of a 5-speed manual or a 4-speed automatic. It's only available in a 4 wheel drive model.