The 928 is available with a 5.4L, 8 cylinder 345 hp engine. ABS is standard and options included manual or automatic transmission. 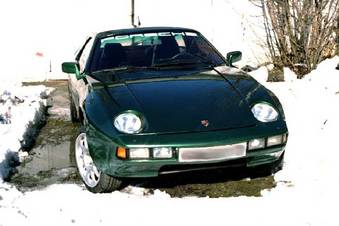