The 1.8L four-cylinder variable-valve timing engine produces 130 horsepower and is standard on Base and AWD models. The GT is equipped with a 180 horsepower high-output engine, a six-speed manual transmission, a leather wrapped steering wheel, and 16-inch alloy wheels. The Vibe has a maximum cargo capacity of 57 cubic feet with the rear seat folded down. 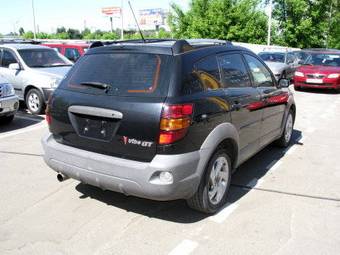