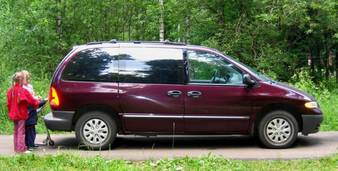 Voyager Troubleshooting
Stater
2000, driving down highway car just started
reving up had no power shut off and would not
star...
Coolant leaking from rear of engine
1998, My 1998 Plymouth Voyager 3.0L 6 cylinder
engine is leaking coolant in the rear part of t...
Unknown coolant leak
1999, The engine is a 3.8L 6cyl. It has begun
leaking in some inacessable location that I
can&...