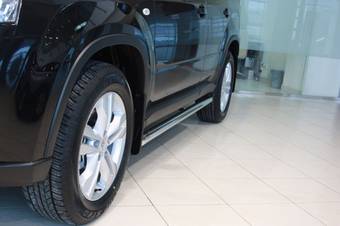 X-trail Troubleshooting
Constant or no acceleration when engine temp is...
2006, It runs Ok until the engine reaches a
certain high temperature, the engine check
light s...
Pull tensioner brakeage together with nuts/bolt...
2004, THE CAR HAVE ONCE OVER HEATED BUT WE
ATTENDED THE ENGINE AND SCHEMED THE CYLINDER
HEAD, ...
Decellerating
2005, My car is a 2.5 ltr petrol 5 speed
manual. It has done 136,000klms. When I
decelerate t...