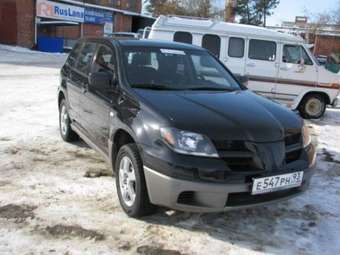 The 2004 Outlander retutns this year with very little changes and is available in the LS and XLS models in either front-wheel or all-wheel drive. All models come equipped with a 2.4L engine mated to a four-speed automatic Sportronic transmission.