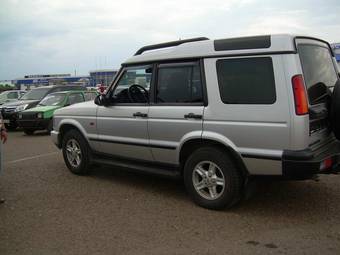 Land Rover Discovery Problems
Problems with the direction
2004, Drive wheel is to hard, can not move it I
do not know if is any fluid coming out of the ...
Door locked
2004, the door lock on my drivers side is
broken. i locked the door with the keyless
entry. no...
Driving
1996, only drives in four wheel drive and wont
go in two wheel drive and when i try to the fro...

The Discovery is powered by a 16-valve V-8 with 188 hp and a 4-speed automatic transmission. It's 4 wheel drive and newly redesigned. ABS is standard.