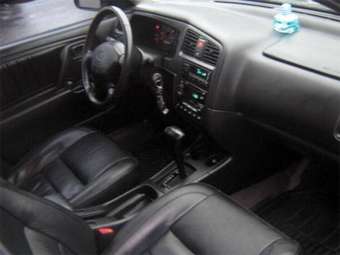 Infiniti G20 Problems
Motor problems
1999, the motor shakes allot and its very hard
for the car to accelerate. or start. we changed...
Blower motor doesn't turn on
2000, automatic climate control works but
blower will not turn on...
Replaceing the belt
1999, whats involved in changeing the altanator
belt on my 99 g20 infiniti i mean will i half ...

The G20 is offered as a four-door sedan with a 2.0-liter, 140-hp DOHC inline-four mated with your choice of a 5-speed manual or 4-speed automatic. ABS is standard.