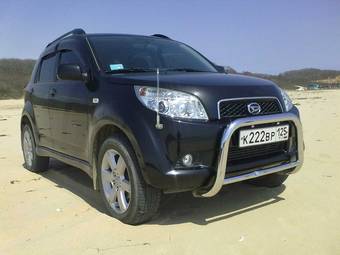 Daihatsu Terios Problems
Back door won’t unlock
2008, I can’t open the back door as
it’s permanently locked. How can I
unlock it ...
Problem with idle valve
2010, Need idle valve as this is causing my
engine light to stay on and causing problem
with a...
Stalls when put in gear
2008, Good idle in P and N but as soon as it is
moved to drive it stalls. What can be the prob...