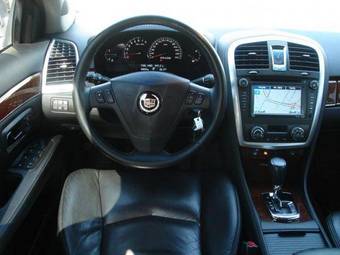 Cadillac SRX Problems
Black exhaust
2008, engine light on, black exhaust around
tail pipe that's all i know car runs fine
exc...
Gpr Problem
2005, Dear Sir, I have a problem with the
Gps at my Cadillac SRX 2005 as it is not
working...
Motor or engine light coming on on dash
2008, What makes this symbol come on/...

Making it's debut for the 2004 model year is the Cadillac SRX sports utility vehicle. The SRX comes available with a 260 hp, 3.6L V6 engine and a 320 hp, 4.6L V8 engine. An optional five - speed transmission with overdrive or the optional Luxury Performance package comes equipped with an AWD feature.