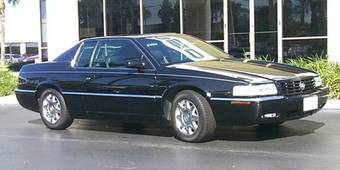 Cadillac Eldorado Problems
Starting
1995, It simply wont start.But the lights all
work.Does this car have a second battery that
ju...

The Eldorado is powered by a 4.6-liter, 275-hp(with option of 300 hp version) Northstar V-8 and a 4-speed automatic transmission. ABS is standard.